The Scotch-Irish in America 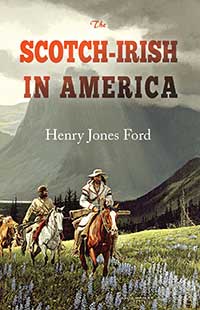 The passage of more than one hundred years since The Scotch-Irish in America was first published in 1915 has rendered the book no less fascinating and gripping. Written in a thoroughly accessible way, it tells the story of how the hardy breed of men and women, who in America came to be known as the ‘Scotch-Irish’, was forged in the north of Ireland during the seventeenth century.

Fighters of Derry: Their Deeds and Descendants 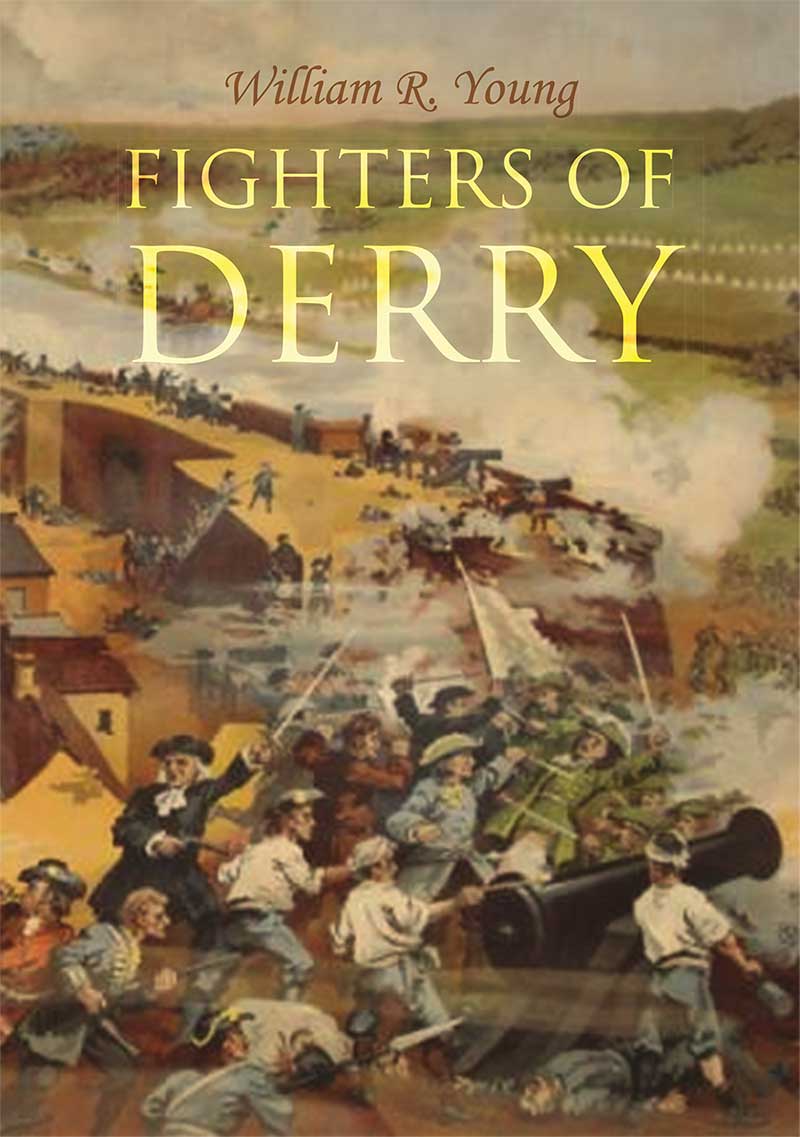 William R. Young’s Fighters of Derry has for decades been one of the most overlooked works on the Siege of Derry and as a local genealogical resource. First published in 1932, the book was the product of ten years’ research which the author undertook when suffering from ill-health in the latter part of his life. It contains biographical details of more than 2000 people on both the Williamite and Jacobite sides who participated in the epic siege.

Annals of the Famine in Ireland 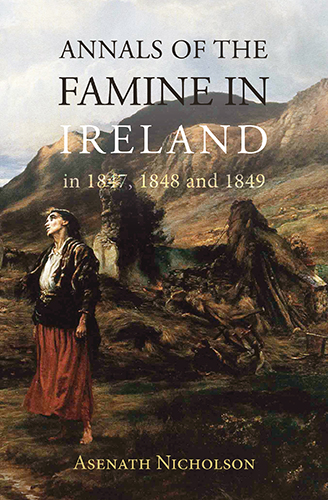 Annals of the Famine in Ireland is essential reading for anyone who wishes to understand the effects and contributing causes of the Great Famine. But it is not a history. It does not merely trot out facts and figures. Rather, it is a personal and emotional response from an eye-witness to the calamity. Histories are generally detached from the events that they record but, in this account, the reader will experience an immediacy to the situation as though transported back to the very time and place.

Yanks: British Views on America during the Second World War 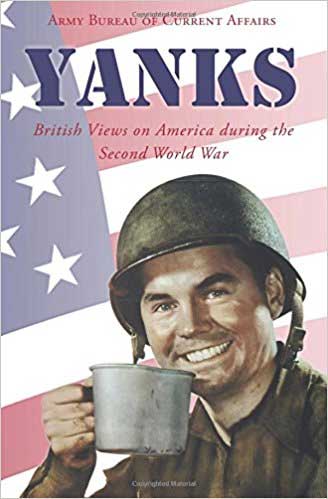 This book comprises a selection of articles from the (British) Army Bureau of Current Affairs' WAR and CURRENT AFFAIRS pamphlets, all relating to America and, more particularly, to the relationship between the British and Americans during the Second World War. Much of the fascination of the pieces lies in the fact that they were originally published between 1941 and 1944 when there was still a great deal of uncertainty as to what the future would hold. Yanks is a companion volume to Japs (978-1910375440) and Nazis (978-1910375457).

Ireland’s Welcome to the Stranger 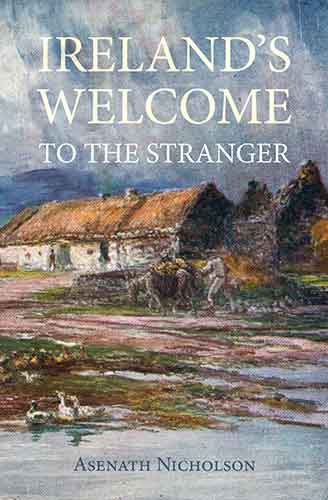 Ireland’s Welcome to the Stranger is the compelling account of an American widow’s journey through Ireland on the eve of the Great Famine. Her object was to determine the condition of the poor and discover why so many were emigrating to America. Eschewing fancy hotels and fine carriages, she travelled a good deal on foot and rested at common lodging-houses and even peasant cabins. What Mrs. Nicholson observed has left posterity with an invaluable record of the customs and traditions of the Irish peasantry, from faction fights to funeral cries, and a graphic account of the hardships that Ireland’s poor had to bear.

The Ocean Plague: or, A Voyage to Quebec in an Irish Emigrant Vessel

The Ocean Plague, first published in 1848, is an account of a voyage from Dublin to Quebec on an Irish emigrant ship. In it we read of the horrific symptoms of disease that so many of the passengers and members of the crew succumbed to. We hear of the decimation of families, the orphaning of children, the practicalities of disposing of the dead, and the callous indifference of many to the suffering of others. Robert Whyte’s diary of 1847 is painfully informative eyewitness testimony to the trauma and tragedy on board an emigrant ship from Ireland in the mid-Nineteenth Century.

Popular Rhymes and Sayings of Ireland 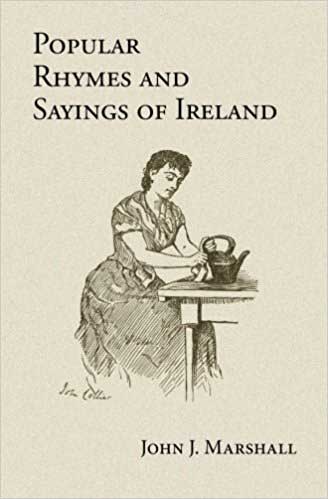 John Johnson Marshall (1862–1944) was born and grew up near the Dyan in County Tyrone. He was a draper by trade and spent the greater part of his working life at the Robinson and Cleaver department store in Donegall Square, Belfast. He was also a passionate amateur historian who published a number of books and pamphlets on Irish local history. In Popular Rhymes and Sayings of Ireland he examines the origin of a variety of rhymes and sayings that were at one time in vogue around different parts of the country, including those which he recalled from his own childhood in Tyrone.

Sayings, Proverbs, and Humour of Ulster 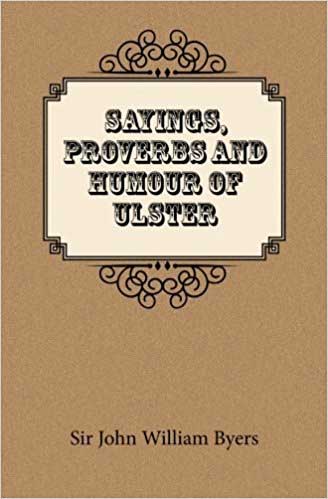 Sir John William Byers (1853–1920) was an eminent medical professional who had a passion for Ulster language and folklore. In the course of his distinguished career, and in his travels around the country, he collected words, expressions and superstitions of the people and studied them for origin and meaning. In 1904 he published Sayings, Proverbs and Humour of Ulster which was based on the text of a lecture delivered to the Belfast Natural History and Philosophical Society in the previous year and on a paper contributed to the ‘Northern Whig’ newspaper in May 1901. His sudden and untimely death prevented the publication of a much more substantial work that had been in preparation for some years.

Of Cats and Men 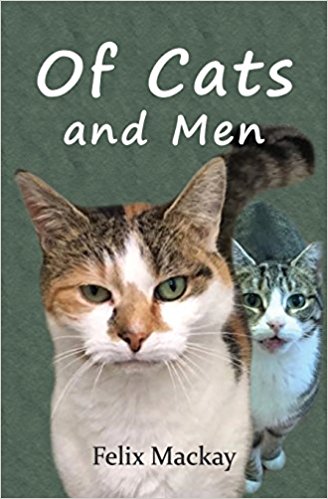 Of Cats and Men began as a short tribute to a much-loved family cat. It was originally intended merely as a means to express grief for his loss, but gradually developed into a semi-autobiographical book that included all the cats which the author has cared for in his life. Felix Mackay had no idea that he even liked cats until a kitten was forced upon him when he was a mature student in his mid-twenties. That was the beginning of his 30 years’ love for cats which has brought him so much pleasure and the inevitable periods of sorrow.

My Lady of the Chimney Corner 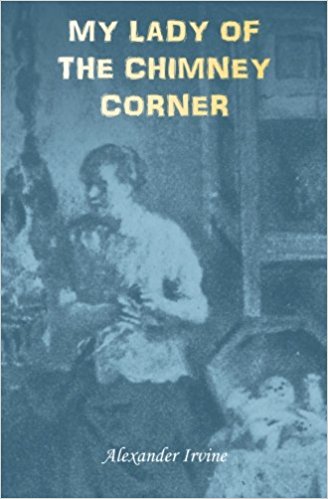 On January 19th, 1863, when the spectre of the Great Famine still loomed over the land, Alexander Irvine was born into dire poverty in the town of Antrim. His parents had broken with convention and had done the unthinkable in Ireland – they had entered into a ‘mixed’ marriage. The social stigma of the relationship forced them to leave their native village of Crumlin to seek a more anonymous existence, away from their respective families and from the people among whom they had been raised. Their subsequent life together was a story of penury and hunger, an oppressive and relentless struggle for survival. But, throughout it all, they had one invaluable gift – a deep love for one another and for the children born of that love. 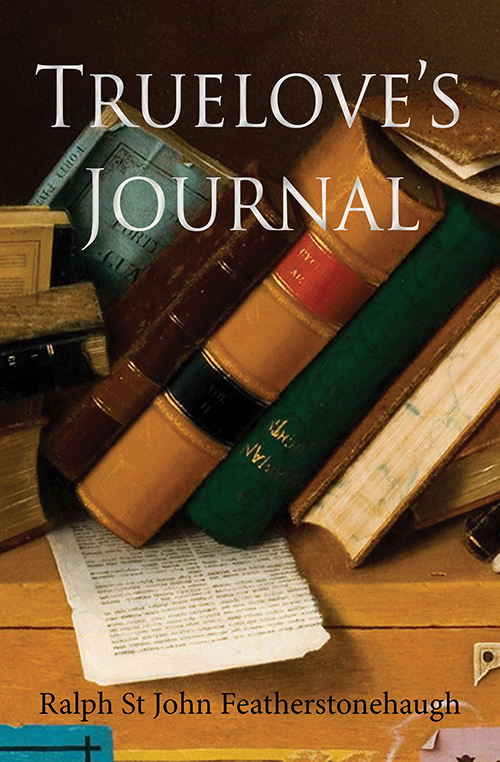 The new owner of a shop discovers his predecessor’s journal and embarks on an emotional journey that will change the course of his life. As he reads the bookseller’s diary, he becomes gripped by a compelling curiosity to know more about the man and the past of which he never spoke. Truelove’s Journal is a gentle, touching story of life, love, and a passion for books.

The Ocean Plague: or, A Voyage to Quebec in an Irish Emigrant Vessel, first published in 1848, is an account of a voyage from Dublin to Quebec on an Irish emigrant ship. In it we read of the horrific symptoms of disease that so many of the passengers and members of the crew succumbed to. We hear of the decimation of families, the orphaning of children, the practicalities of disposing of the dead, and the callous indifference of many to the suffering of others. Robert Whyte’s diary of 1847 is painfully informative eyewitness testimony to the trauma and tragedy on board an emigrant ship from Ireland in the mid-Nineteenth Century.